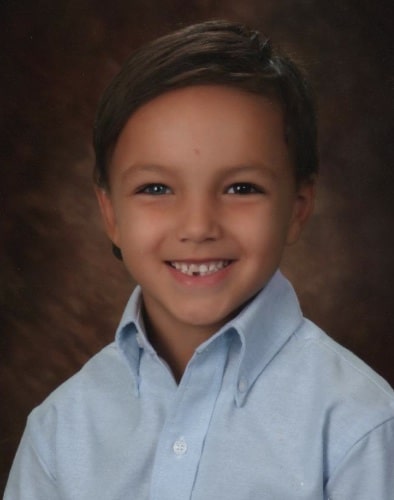 In 2002, we were blessed with a beautiful baby boy named Randell.

A short time later, we found out our son was profoundly deaf. We were overwhelmed, but determined to give him the best life possible. After many hours of research and meetings with medical doctors and professionals, we were introduced to the cochlear implant as a possible option for Randell.  After being fitted for hearing aids, we immediately met with ECI and immersed Randell in many types of therapy. We were of the belief, and still are, that we needed to commit to incorporating every therapeutic option possible into the development of our son and determine, as you go, what is working and what is not working. The therapy he received in the beginning developed Randell’s visual cognitive ability greatly and that benefits him today.  We continued with the therapy for the entire year leading up to Randell’s implantation. I genuinely believe this laid the foundation of Randell’s strong cognitive ability today and our philosophy in stewarding Randell.

We were implanted with the first implant shortly after Randell’s first birthday.  To see him cry when we turned on the implant was the greatest day of my life and motivated Lori and me to press on in our journey to bring Randell into the hearing world. We immediately started auditory verbal speech therapy.  We wanted Randell to benefit completely from the cochlear implant technology.  We went three times a week and immersed him in language…Lori would work with him every day through tracking and reading to him.  We felt it was important to get Randell into a school curriculum and socialization so he would be challenged to apply the skill of listening in a real environment.  Randell’s visual abilities allowed him the opportunity to pick up on things he would have missed, while allowing his listening and hearing abilities to catch up.

After a great experience at the Hearing School of the Southwest, we made a very tough decision to put Randell in the mainstream classroom.  This was the toughest and best decision we ever made because, there, Randell was around speaking children and was challenged to apply the therapy he was going through at the time. It was also half way into the school year when we were informed about how cognitively gifted Randell was for being deaf and having not heard for an entire year.  Our anxiety of having placed Randell in a mainstream classroom, with the frustration he might experience, was a concern that we did not have to face.  Through this whole process, we kept faith that God would open the doors he wanted us to go through.  After Randell’s preschool experience, we were faced with where we were going to place Randell for elementary school.  We met with professionals who encouraged us not to put him in a college preparatory environment because it would only damage his confidence. One night I remember telling Lori that we have always put Randell in the best environments and God has always seen him through.  At that time, the best and most complete education was being offered by Trinity Christian Academy. After applying and praying for acceptance, our prayers were answered…we were accepted. Randell has been at TCA for 2 years and continues to excel in a challenging college preparatory environment and is demonstrating a strong athletic ability in sports. I give thanks to God everyday for having placed Randell in our lives. Seven years ago on the hospital floor if someone had shown me a picture of where we are today, I would have been hard pressed to believe it. Thanks to God and the many people, professionals and organizations, like the Dallas Hearing Foundation, God has blessed us with through our journey, and because of those blessings, we are in a wonderful place today.